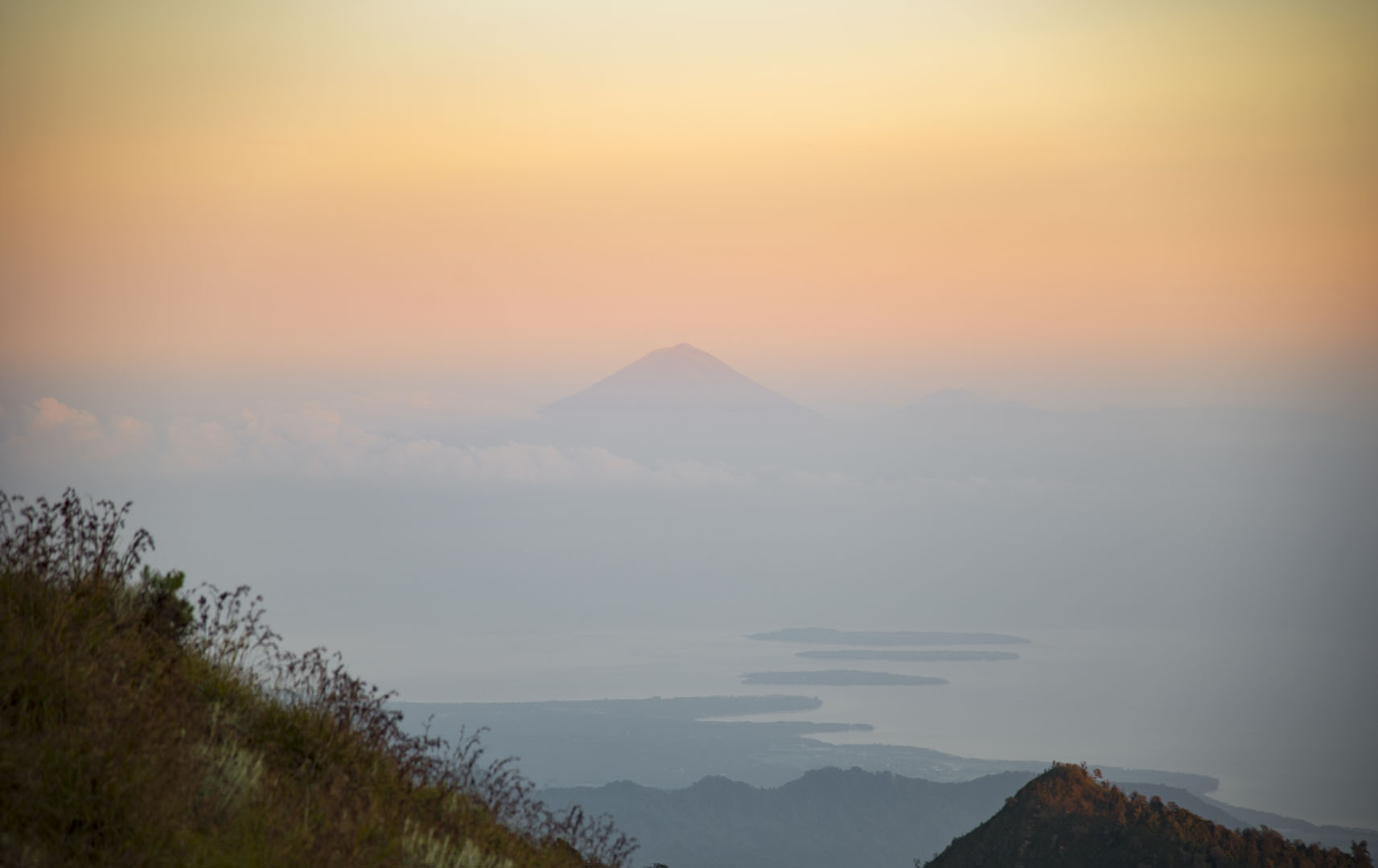 From the peaks of Lombok, three small islands lie under the vast shadow of Bali’s Mt Agung. While the neighbouring big islands were shaped by the tectonic forces on the Ring of Fire, the small Gili Islands were created from sand and corals of the Bali Sea. Today many are drawn to the Gili Islands for relaxation, diving and full moon parties. However, behind this simplicity lie many challenges for the island and its residents.

My first morning was spent beneath a beach umbrella with two British travelers, sipping on juices and snacking on freshly made Nasi Goreng. Looming large in the distance are the peaks of Mt Rinjani, a volcano rising 3700m from the ocean. The Gili Islands’ location between two major mountains give it a pleasant and marginally drier climate than the neighbouring islands, leaving a dry season lasting from May to October. 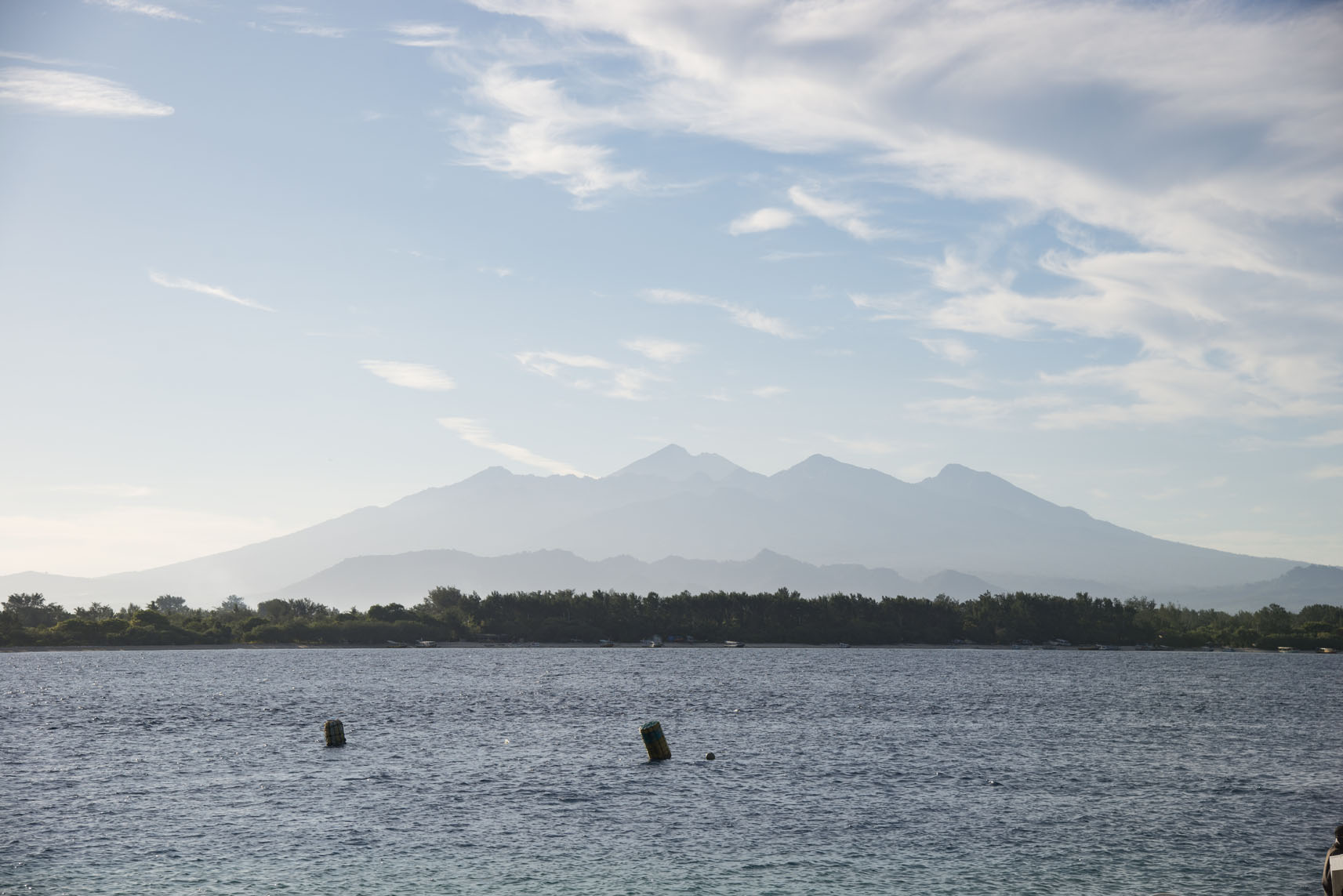 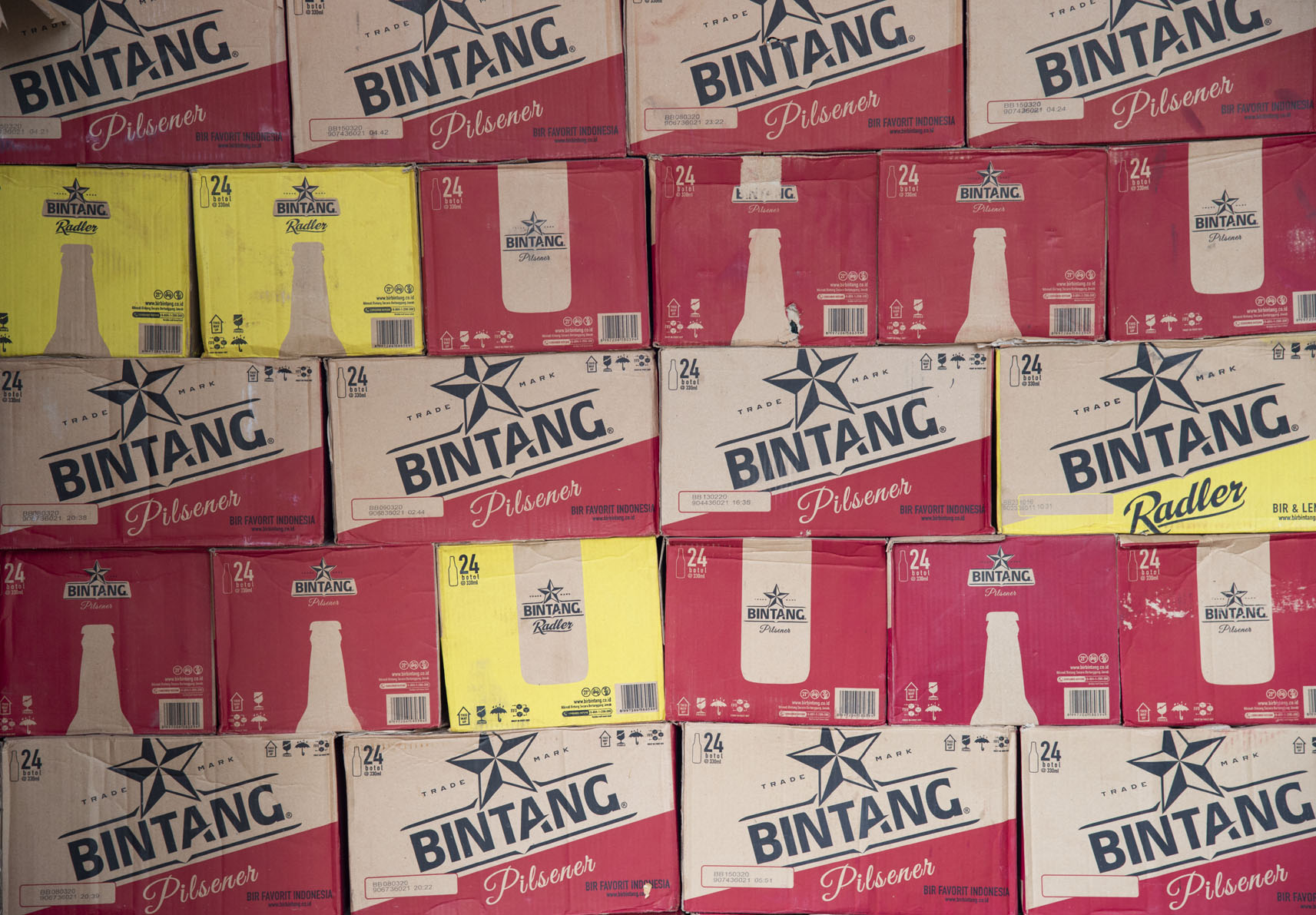 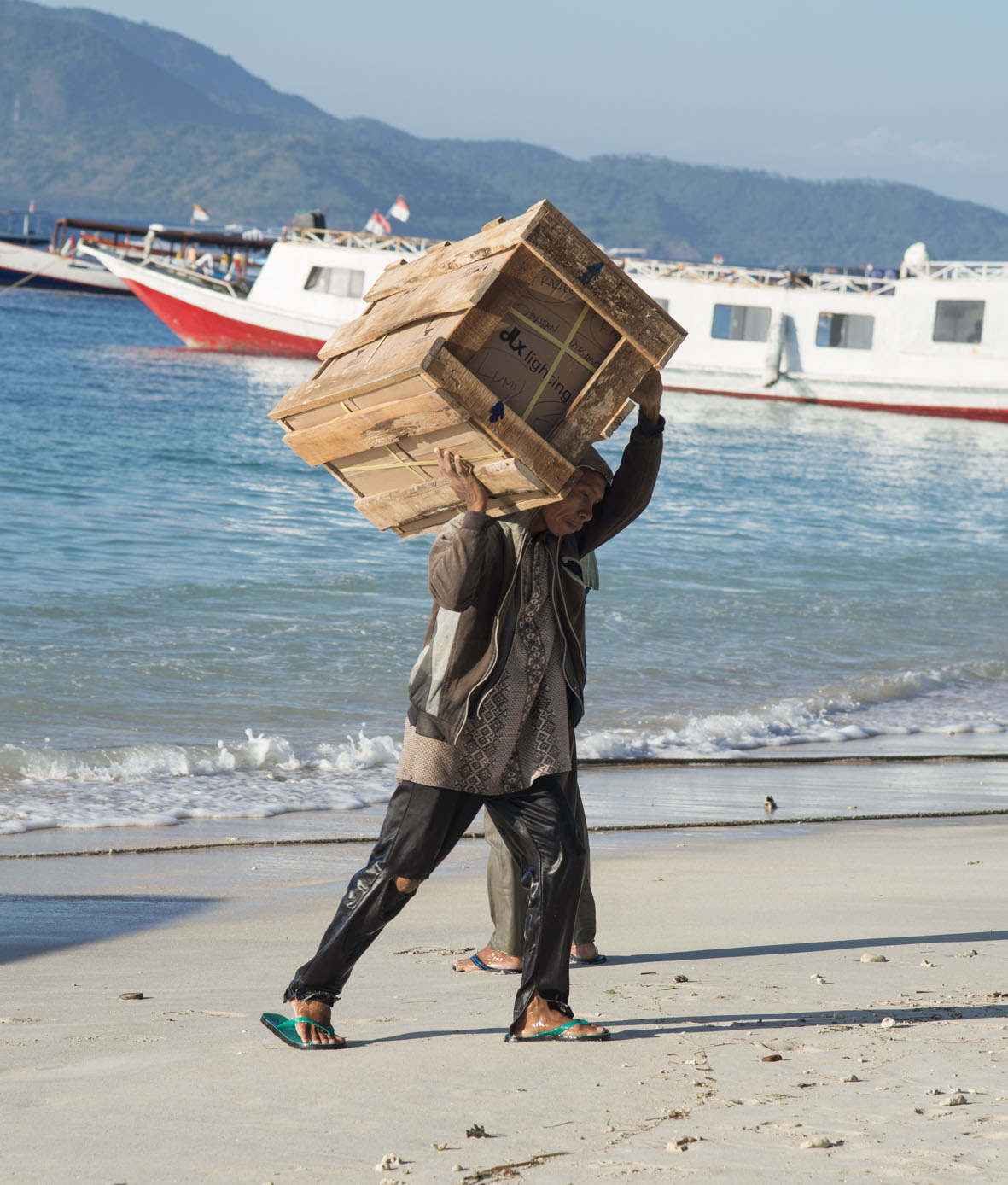 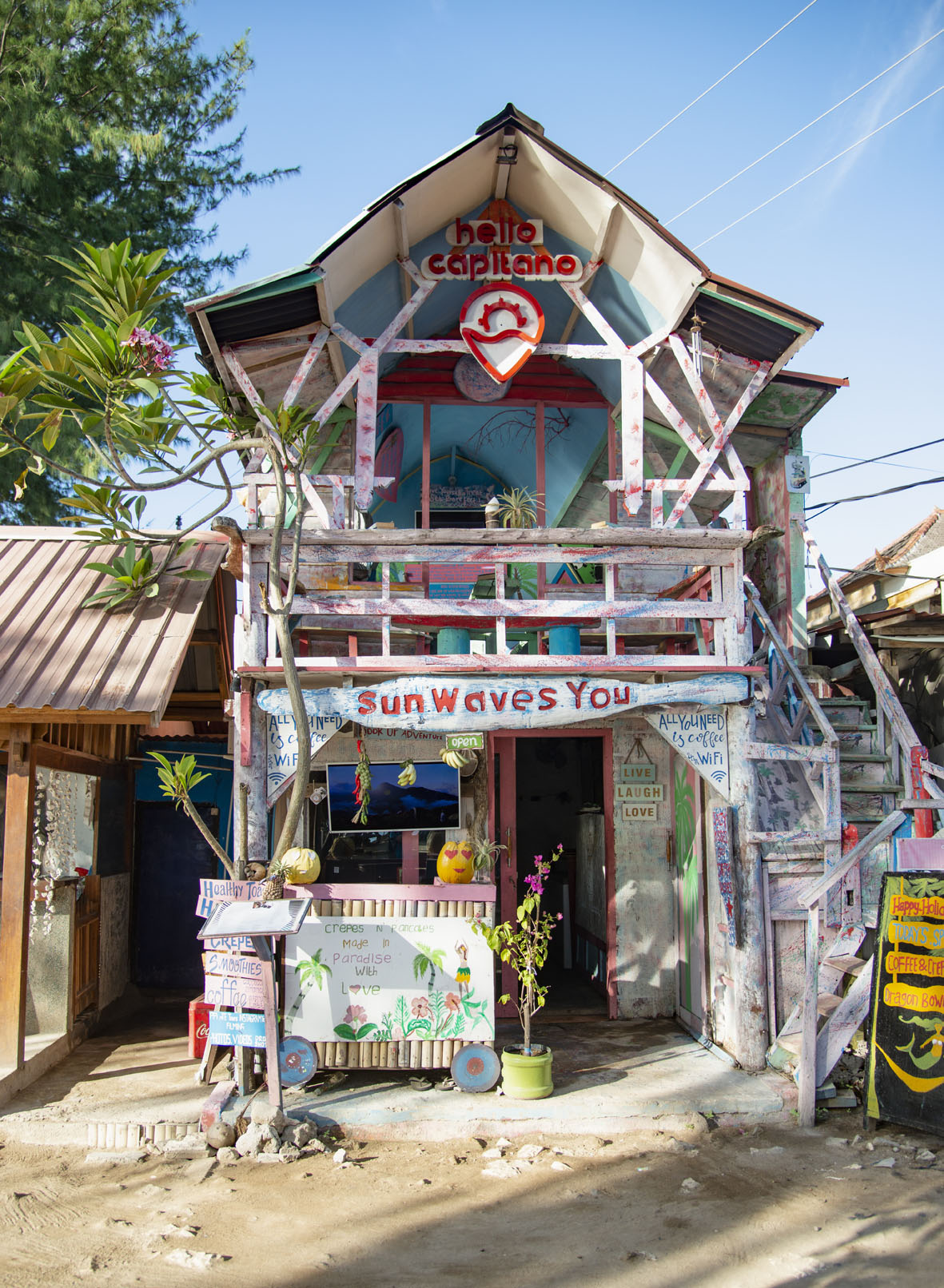 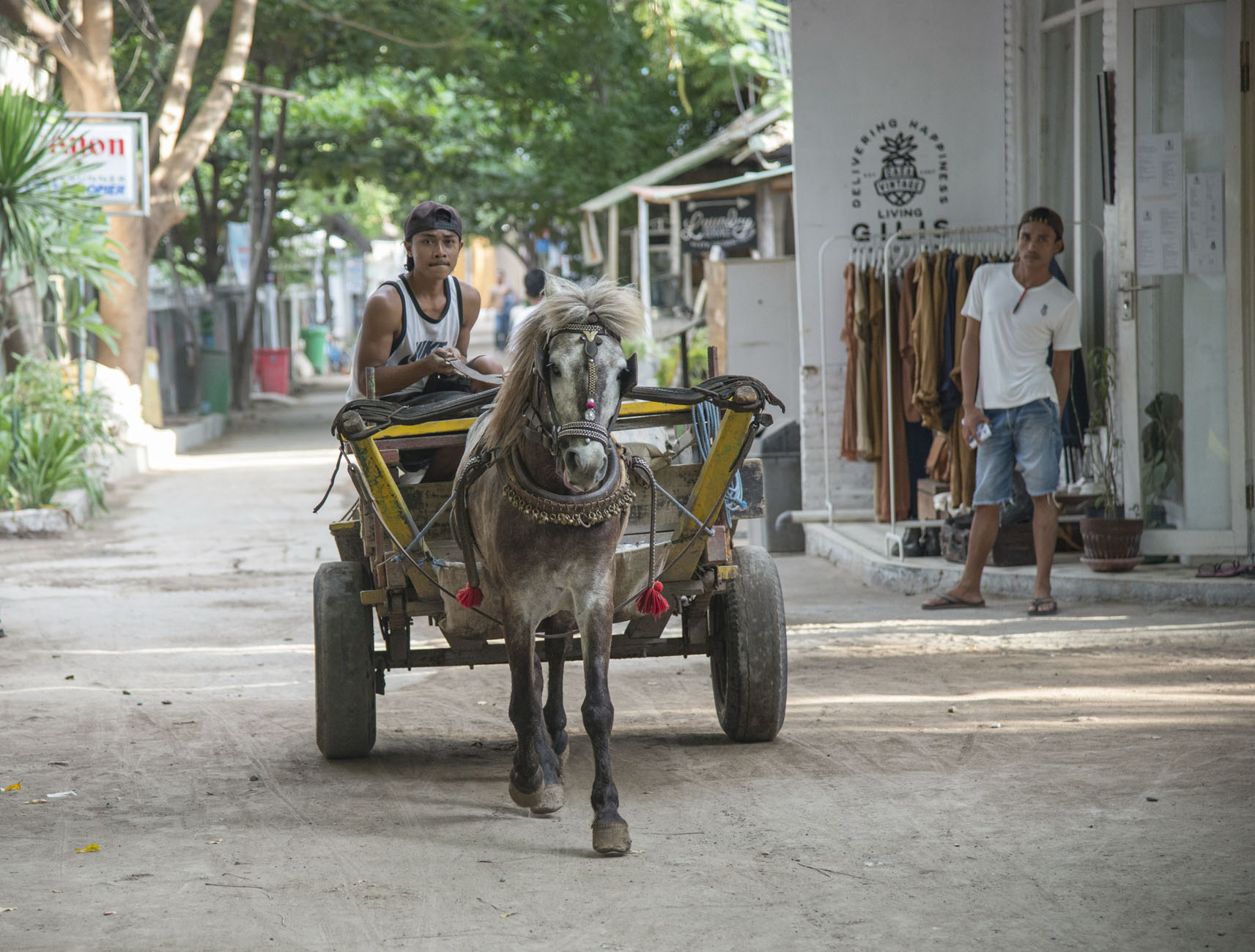 The Gili Islands were not always a tropical paradise. During WWII, the occupying Japanese forces used the islands an outpost and briefly as prisoner of war camp. Remnants of Japanese occupation include the ruins of a concrete bunker on a small hill on Gili T, and a wreck of a Japanese patrol boat sitting approximately 45m below the surface, just off the island. The wreck is now a popular dive site – 70 years of coral growth have turned the wreck into a curious blend of natural beauty and a time gone by.

The island was very quiet until the 1980s when it was discovered by adventurous travelers as a backpacking destination. The first guesthouse opened in 1982. The azure blue waters hosted turtles and many tropical fish.

‘Everyone should try the snorkel trip,’ said the hostel receptionist, ‘I’m a diver and feel inspired whenever I enter the water.’

Hopping on a boat with 30 or so travelers we dived all in all five destinations. The tropical water has a calming quality to it. I felt weightless and surrounded by shades of blue and green. This brought in a particular sense of tranquility. Below the surface schools of turtles and brightly coloured fish hide amongst the coral. We landed on Gili Meno around mid-day for lunch. The white beach was intensely bright as we pulled onshore, squinting our eyes. We all had a drink and a meal in a bamboo clad warung (local restaurant).

Under the surface, the natural beauty from twenty years ago is slowly fading. ‘Don’t step on the coral with your flippers’ yelled a Canadian tourist in our afternoon leg of the trip. ‘They coral is dying’. Beside colourful coral lie vast fields of pale broken bits like broken china plates. Like the neighbouring Bali, the tourism boom and rush to build businesses has reduced some of the very appeal of the island.

Residing on the east of Gili T, I crossed the interior of the island to witness the sunset on the western side, against the shadow of Mt Agung. While crossing the middle of the island I stopped at a near-empty small warung ran by an old lady. The damage caused by the 2018 Lombok Earthquake became apparent. While most coastal hotels recovered quickly the dusty interior streets were littered with debris, bamboo posts scatter among broken cinder blocks, dead palms and twisted corrugated iron. As the owner brought a steaming bowl of chicken stew with local greens, I realise many villagers still didn’t have access to running water and instead relied on large plastic bottles.

On the western beaches the brilliant orange faded into shades of pink and a cool blue. The near symmetric cone of Mt Agung slowly disappeared behind layers of clouds and the air cooled slightly. I headed to a lonely bar with two fellow travelers and we quickly struck a conversation with the owner.

‘The water receded at first, like the tide was going out,’ said the bar owner as he watched over his near empty venue. ‘The it kept going. Inexperienced people might go and collect the fish caught by surprise, but we were very scared. We knew what was coming.’ He shook his head as he opened a can of Sprite.

‘The island was very flat and we ran to the highest point. We had at most 20 minutes’. ‘I built this bar five years ago and on most evenings the rack would be full of parked tourist bicycles. It was lively. The only thing spoiling the pristine beach is rubbish floating over from Lombok. People are a bit careless there and we do our best to pick them up.’

‘Do you think the island will be the same again?’

He paused to think as he wiped the bench. ‘The environment will not be the same. I’m hopeful tourists will be back. This is so much to do to make worries go away.’

There is a timeless quality to the waves on the Gilis. As the sun sets many locals leave the sound of waves to return home. In a land surrounded by serenity and with shadows lengthening, they continue stepping through a time of cautious recovery. 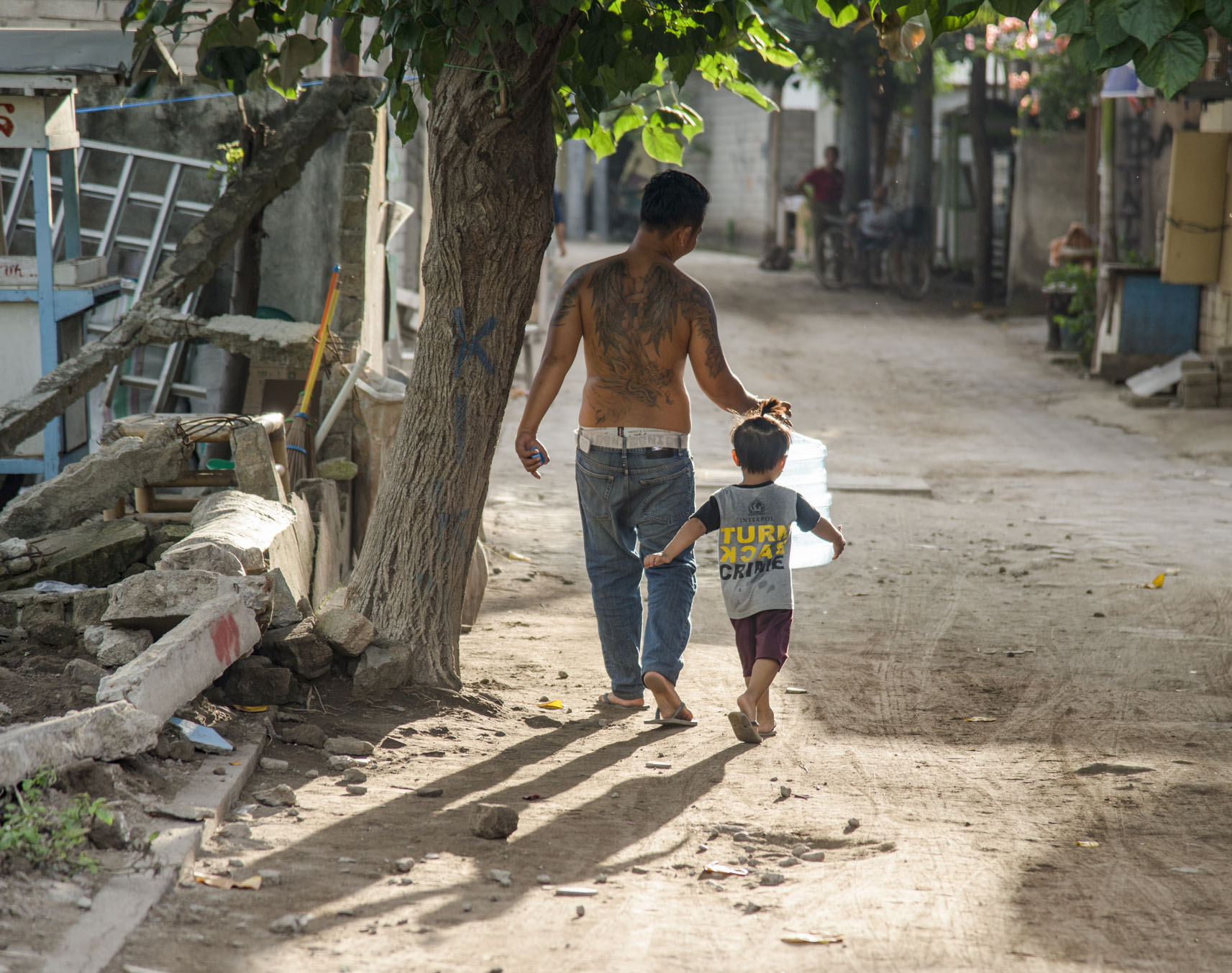